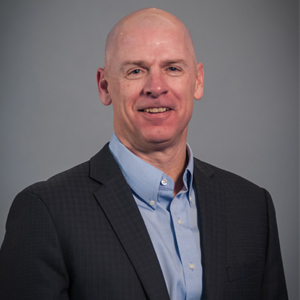 As long as people have been living in communities, they have been building bridges. Bridges span physical obstacles, connect societies across boundaries, and transform possibilities for people on both sides of those divides. While there are bridges in Greece built in the 13thCentury BCE that are still functional, most modern structures have life spans that are slightly more limited since they accommodate considerably heavier traffic.

Bridges today are designed for a projected service life that takes into account the local conditions and intensity of use. As those limits are reached, they become less reliable, more costly to maintain, and often become inadequate as their usage demand grows. Communities and municipalities are faced with decisions about how to replace these vital crossings and what to look for in designing for the future. These projects are an ongoing part of infrastructure management and have escalated over the past 10 to 15 years as older structures age out of usefulness or safety standards. Bridge rebuilding offers an opportunity not just to duplicate the old structure, but to utilize advancements in engineering and materials to design bridges with substantially longer service lives that can also address the unique needs of the community they serve.

For many years, planners viewed managing automobile traffic as the sole purpose for building a bridge, with little thought given to pedestrians or cyclists who might want to, or may need to share the roadway. As more people choose to ride bikes and walk to stay healthy or as an alternative to driving, they are often using the same roads and bridges that have long been devoted to cars, sometimes leading to dangerous situations. To address this, bridge designers today often include plans for their bridges to accommodate multiple uses.

One example of this is the new Pensacola Bay Bridge in Florida which opened to traffic last fall. The old bridge, constructed in 1960, was nearing the end of its service life. It had only four travel lanes and its daily traffic counts of approximately 55,000 often caused congestion even during off-peak times. Without an auxiliary lane, a single traffic incident or disabled vehicle on the bridge could snarl traffic for hours. When FDOT analyses revealed that replacement would be more cost-effective than attempting rehabilitation, designers used the opportunity to upgrade the bridge instead of simply replacing it.

The new bridge is actually being constructed as two separate parallel bridges. The first was built adjacent to the old bridge and carried all of the traffic while the demolition of the old bridge and construction of the second occurred. Each new span carries three traffic lanes with generous shoulders and a 10-foot multi-use path for cyclists and pedestrians. Shaded observation points along the path provide opportunities to rest and enjoy panoramic views of Pensacola Bay. Recreational facilities on both shores of Pensacola Bay will feature boat launches, picnic areas, and free parking. It is also 15-feet taller than the old span to allow for increased marine clearance. The new bridge will improve safety, solve the traffic congestion problem, decrease maintenance costs, and create a valuable community amenity.

Other communities without Florida type weather find different solutions to fit their unique needs. The Harry W. Nice/Thomas “Mac” Middleton Bridge is a vital link that spans the Potomac River between Newburg in Charles County, Maryland and Dahlgren in King George County, Virginia. It was built with just one lane in each direction in 1940. Last year, a contract was approved to replace the old bridge with a new four-lane bridge that includes several safety enhancements for bicyclists, including bicycle-friendly roadway joints and intelligent transportation system tools such as lighting and signage to notify drivers of nearby cyclists. The new bridge will also have higher clearance to accommodate larger Panamax ships beneath it.

The I-4 Ultimate project in Florida is the 21-mile complete makeover of Interstate 4 (I-4) - from Universal Studios, through downtown Orlando and northward -and includes reconstructing15 major interchanges and a staggering 140 bridges. The project replaces a 1960’s era interstate that is inadequate for the current traffic demands of this crucial trans-Florida gateway between Tampa and Daytona Beach. In May, two milestone ramp structures that serve the busiest portion of the project, were complete. The massive ramps that connect Interstate 4 (I-4) and S.R. 408 provide better and safer connectivity and improve the commutes for Central Florida-drivers and those who visit or pass through.

In 2017, the project received the prestigious Envision® Platinum certification from the Institute for Sustainable Infrastructure (ISI) for ongoing programs to minimize environmental impacts, including relocating protected wildlife, using efficient machinery and recycling up to99 percent of the concrete and steel removed from roads and bridges. Created in 2012 through collaboration between ISI and the Zofnass Program for Sustainable Infrastructure at Harvard University Graduate School of Design, the Envision® system rates the impact of sustainable infrastructure projects as a whole, providing a consistent, consensus-based framework for assessing performance goals. These efforts also serve as a training ground in sustainability best-practices for the thousands of construction workers and firms involved the project.

Quality materials and innovative engineering combine to give this project’s bridges a 75-year service life built to withstand the demands of commuter traffic, weather, and hurricanes. Remarkably, this is done while simultaneously adhering to some of the most exacting infrastructure sustainability and resilience standards in the world. Since 2016, Skanska has committed to pursue Envision® certification for every project in its civil portfolio. In addition, planning for greater bridge capacity reduces emissions from idling traffic and saves-drivers millions of hours in commuting time.

Bridges are more than just connectors that allow vehicles to get from point A to point B. They define communities by forging associations across boundaries and inspiring collective reflection on shared priorities and needs. Bridge reconstruction opens the possibility of creating structures that express these priorities in monumental ways, often serving as iconic and artistic structures that help communities come together in support of common economic, developmental, and environmental goals.

How Cloud and AI Are Driving Forward Customer Engagement and Service...

For a Smarter City: Trust the Data, Ignore the Hype

Your website is the face of your company and is the most important...