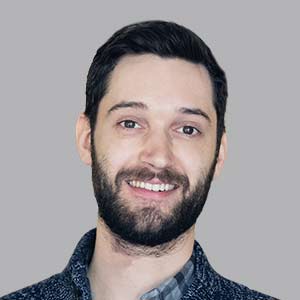 It’s no secret that technology adoption in Construction lags behind other industries. Even though US Construction spending totaled more than $1.3 trillion in 2018, the industry consistently fails to adopt new technology. Why? Margins are razor-thin, workers are busier than ever, and an aging, technology-adverse workforce is in control.

The industry has to adapt. Construction has a massive labor and productivity problem on the job site. Millennials and Gen-Z are not interested in manual labor and are instead drawn to professional jobs or less labor-heavy sectors. The lack of technology adoption also makes the industry unattractive to younger generations. At the same time, productivity (measured as output per worker) for the construction sector has remained flat while other industries, such as manufacturing, have increased its productivity significantly over the past few years.

But Artificial Intelligence is not new and has been heavily researched for decades. In 1950, Alan Turing wrote a now-famous paper describing what has since been named The Turing Test—still the standard today to judge if a machine can exhibit human-like thought. Yet in the 69 years since Turing published his paper, no computer has been able to pass the Turing Test. So why has AI now become the latest buzz-word in Construction Tech? Exponential growth in computational power coupled with the ability to cost-effectively store the estimated 2.5 quintillion bytes of data created every day has brought computing to a point where algorithms can be effectively developed to deliver accurate results.

The unfortunate reality, however, is that while we have been able to harness increased computing and storage power to make undeniably revolutionary technology, the field of computing has made relatively little progress towards the original vision of Artificial Intelligence.

Despite this, there are innovative startups that are using today’s AI to help the Construction industry keep up with the demand for higher outputs and reduced cost as well as solve other difficult challenges. One significant problem these startups face is a lack of data. Nearly all AI solutions require massive amounts of reference data for training. Without training data, the solutions are academically interesting but lack the accuracy to be useful in real-world projects without significant human oversight. Since Construction has proven to be a laggard in technology adoption, the historical data needed often does not exist. Larger, more tech-savvy firms may have some data sets but are reluctant to share it with outside parties. Although data availability will increase as new technology adoption increases, the overall lack of data will continue to be a significant barrier to Construction Tech startups today and into the near future.

Recent venture capital attention in the space should increase the number of companies that actually develops defensible technology solutions. Increased investment dollars can go a long way in attracting more innovative talent to the market and allow startups to scale faster so that they can provide value on larger construction projects. Nevertheless, we have a long way to go and have merely scratched the surface of AI in Construction Tech today, despite the hype.

How Path To Production Ensures Safety And Soundness On Our Digital...

Bringing People And Technology Together

Reaping What You Sow From Cloud Computing In Variable Industries