Clouds in My Coffee

Clouds in My Coffee 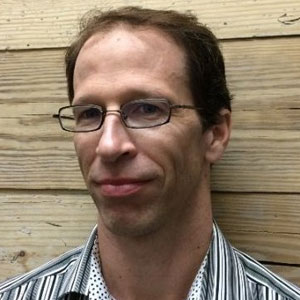 Do you enjoy the peace and solitude of the early morning while pondering the next caffeine shot for your corporate network? Seven years ago the “cloud” was just an illusion as it was in its infancy and most network administrators dismissed it for various reasons including not really understanding it and underestimating the threat it posed to their sacred career paths. Today we can no longer ignore this brave new networking world that is magnanimously waiting outside the gates of our beloved private datacenters. There are many business cases to consider when you design an infrastructure strategy but ultimately the main role of IT is to support business initiatives and ultimately that would be profitability.

The construction industry is historically cyclical in nature but it was impacted especially hard when the financial crisis of 2008 swept across the globe. It is now six years later and while our domestic economy has recovered moderately, many believe that the construction industry has been changed fundamentally and permanently by these events. Profit margins are ridiculously tight, risks are dangerously higher than ever before, and many companies are struggling to adapt to this new business environment.

Tight profit margins do not lend themselves to heavy investment in new technologies. To capture limited investment dollars, IT departments must rely on thoughtful implementation of technology and leading the innovation of cost efficient solutions for real business problems that provide solutions and not grand illusions of the cool “nice to haves” which have a powerfully distracting effect on resource challenged technology departments. Construction companies are generally slow to adapt to new technologies which should come as no surprise as we have been building things the same way for over two-thousand years now: ground up. Admittedly this is a gross simplification of the concept but the point is that construction techniques are much slower to evolve than say pharmaceutical or electronics manufacturing processes.

Networking and technology architecture has never been as exciting as it is now with the advancement of virtualization technol­ogy, which by no coincidence also coincides with the advent of the “cloud”. The capabili­ties and incredible feature sets of everything being virtualized has had a wonderful side effect of the advancement of old technolo­gies such as file system structures while also spawning new ones to support the growing demand for virtualization improvements, but this is a whole other case study. Anyone that has spent time as a network administrator or systems engi­neer knows the complications and vulnerabilities of supporting even the simplest of networks and it can be mind boggling when you consider all the types of systems that are involved. The networking generalist was an apropos and an easy career path to enter back in 1995 when personal computing was just entering our vocabulary but that track has been pretty much derailed by cloud computing.

For the CIO or technology director, recruiting and retaining the skilled staff to support these increasingly complex and powerful technology packages is no doubt a major challenge not only from the human resource perspective but also from the training and budgetary constraints requirement. Remember, the construction industry is struggling with stifling margins and increased competition from strong rivals that were able to weather the economic perfect storm of 2008. But now in 2014 great options have been bestowed upon us almost as gift from the networking and technology giants such as Microsoft, Amazon, VMWare, Google, Oracle, and Rackspace to name a few. There are few private clouds that could compete with the cost effectiveness, performance, security and value of a third party cloud provider. Those responsible for putting together a technology department budget can attest to the astronomical numbers that tally up as you list hardware costs with the never ending upgrade paths, licensing, support, rack space, sufficiently skilled staff, consultants and of course office space. All of these things have a definite and dramatic influence on the overhead of a company, which in turn affects the cost of goods and in the example of the construction company, the cost that the owner must pay for construction services.

The construction company’s CIO and technology director can no longer ignore the business conditions and the maturity of the abundant cloud offerings as it is only a matter of time before your competitor turns to the cloud. So before you find yourself forced to migrate to a cloud strategy, it would be prudent to put it on the immediate strategic planning agenda. It is much easier to move into the cloud at a manageable and moderated pace than to have to do an emergency blow from head to surface. Chances are that you are already using some cloud service in one form or another as it is so prevalent in every aspect of networking and software. Planning should include taking an inventory of everything that is supported by the corporate network and evaluating your pain points whether they are for cost or reliability reasons. Once there is a clear understanding of your on premise environment, you can evaluate your needs with a three year look ahead schedule that takes into consideration the business unit goals. A reasonably paced, least disruptive, cloud migration strategy would be to start small with the least complex systems, which will provide a level of confidence before attempting the more complex systems. The obvious contenders are web-filtering, email, various line of business software packages while more advanced implementations would include the complete outsourcing of the network infrastructure to an IaaS provider. This cloud strategy will not make you popular with the on-premise proponents but it is a matter of survival and of making sound business decisions.

It is generally accepted that technology will always be dynamic. Organizations that are able to embrace the cloud now will be better positioned to take on the next phenomenon that deems the cloud obsolete, as we know it today. Now go enjoy that cup of coffee.

3 Ways to Integrate AI into your Business Today

Advancing Customer Experience in an Ever- Evolving Hospitality Sector

Laying the Foundation of a Satisfying Commuter Experience