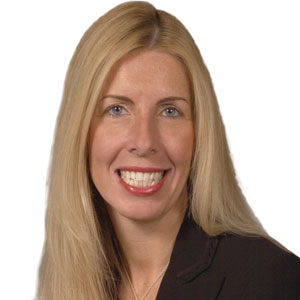 Colliers had the opportunity to present an overview of capital markets and share our outlook at our recent Convergence: Technology & Real Estate conference at the MIT Center for Real Estate.

There are many reasons for the continued dominance of the U.S. market. For one, the U.S. economy is relatively secure compared with that of other countries. Take a look at the state of the dollar, for example; it has steadily appreciated since 2011 against other major currencies— it’s up 43 percent against the euro.

Related to the strong dollar are the historically low interest rates we are seeing across the globe. Since 2009, the European Central Bank has kept the benchmark interest rate at less than 1 percent, and it has been 0 percent for the past year under a quantitative easing program. Germany’s prime lending rate stands at 2.4 percent, compared to 4 percent in the U.S. In Japan, the long-term prime lending rate is .95 percent.

Overall, the U.S. is the best market globally for capital appreciation. The AFIRE 2017 Foreign Investment Survey affirms this assessment, as 95 percent of investors said that they would maintain or increase investments in the U.S.

​With multifamily transactions at $158 billion, compared to office sales volume down 6 percent year over year, at $141.7 billion, it’s clear that there’s a new asset leader on the board

With an eye on the commercial real estate market, there are four trends that we have identified as particularly significant and potentially impactful.

With multifamily transactions at $158 billion (an increase of 3 percent year over year), compared to office sales volume down 6 percent year over year, at $141.7 billion, it’s clear that there’s a new asset leader on the board. Population trends are strongly affecting this: Millennials, who have surpassed baby boomers as today’s largest generation, are marrying later than their elders and are often delaying purchasing a home until later in life. This 75.4 million–strong group is also drawn to urban areas, where apartment living is the norm.

The appeal of apartment life isn’t lost on other generations, either. Even boomers—who are retiring now—are seeking to rent near metro areas to enjoy their second wind in a place with greater entertainment possibilities and closer proximity to family (those millennial grandchildren, for instance). 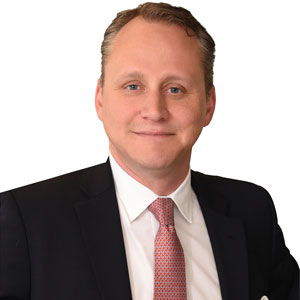 2. Industrial on the rise, retail falling

As e-tail continues to cut into traditional brick-and-mortar retail business, industrial property is becoming a prized asset. Major e-commerce operators such as Amazon, FedEx and Walmart increasingly need industrial assets to accommodate their growing online-shopping stream. Consumer spending is solid, with jobs growth leading to, generally, a greater demand for goods. At Q4 2016, e-commerce stands at 8.3 percent of total retail sales—and though that may still seem like a small piece of the shopping pie, consider that it represents a 14 percent increase from just a year prior.

We know that large retailers are struggling, and those rents are falling. Case in point: Ralph Lauren will close its Polo flagship store on New York City’s Fifth Avenue and is planning to revamp its e-commerce operations. And there are other prime Fifth Avenue properties that are standing empty and having a hard time securing tenancy.

Commercial real estate transaction volume for core deals in primary metro areas fell 9 percent, while the same in secondary metros grew 2 percent. A primary cause of this shift is simple: High prices in top markets mean that investors must take on more risk to find yield. This has led to greater appreciation in secondary markets, with foreign investors joining the flow.

Specifically, Swiss company Zurich picked up nine properties across all classes in nine different B-level metro areas in the past 24 months. The German-based Union bought commercial property in Atlanta, Philadelphia and Dallas. (Notably, the company also acquired Amazon Phase 6 in Seattle at the end of 2015.) The Japanese firm Global Logistics Properties purchased the Hillwood distribution portfolio, which contains 15 million industrial square feet in many B markets.

On one level, it’s ironic that offshore capital is aggressively entering secondary markets—because they are doing so in order to avoid market prices that they played a major role in creating.

Because the U.S. market remains strong, returns are generally quite attractive on a global basis. Add to this the need of large foreign capital sources (including in China, insurers, SOEs, sovereign wealth funds; in Germany, open-end funds; in Canada and Asia, pension funds; in the Middle East, oil money) to diversify, and we can clearly see the formula driving this trend toward a continuous increased share of cross-border business.

Considering the trends we’ve outlined, along with moderate GDP growth and inflation rates and relatively low interest rates despite hikes, we would characterize the overall sentiment for U.S. capital markets’ outlook as confident but cautious. We believe we will continue to see foreign money investing both in technology and in the U.S., despite what can feel like a drama-filled national stage.

A Call for More Consistent and Better Customer Experiences

How Blue Shield of California implements finance technology in...