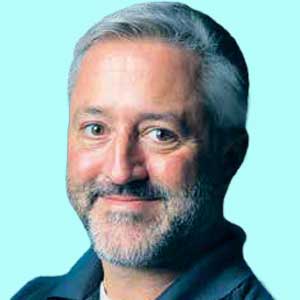 Alec Thomson, CEO
The construction technology sector seems to expand by leaps and bounds every year, but despite this rapid growth not many tools are developed with the end user—the foremen and the crew leads—in mind. Riskcast is the exception to that trend, founded by long-time industry veterans and inspired by a passion to help teams on-site solve problems at the source, while also streamlining and simplifying everyone’s least favorite tasks: data entry and paperwork.

Their story begins in 2005, when Reggie Arichabala witnessed a construction accident that seriously injured his father, ending his career. Convinced that an effective reporting system could have spelled the difference between disaster and a safe working environment, Reggie sought to find a solution to deliver accurate reports for on-site progress.

Finding that no such tool yet existed, he began to formulate an idea for a software program that would allow teams to forecast any risk a crew team might manage - from budget and schedule, to quality of work and safety. He soon realized that all of these risks required the same core data. As Reggie’s idea began to take shape, he met his future co-founder and business partner Alec Thomson. Reggie, formerly a cost engineer, was now working as with the IT group coding solutions at the same large civil contractor where Alec had worked his way onto the business strategy team. There, the duo began to collaborate over application support for the workers in the field, at the job site.

Alec and Reggie quickly bonded over the cumbersome and time-consuming flow of data between the project sites and the home office. They watched, with mounting frustration, as field teams coped with outdated modes of work-site operations - regularly using paper and pen and having to translate and submit handwritten notes into separate systems at the end of the day. In addition, they lamented that the company was spending time and money implementing software to support reporting, which proved to be complicated and often too rigid for the jobsite team’s unique needs.

Alec and Reggie began to imagine a full platform that could capture the data quickly and easily at the source. It would simplify the process for the foremen and crew leads and provide accurate forecasting to the teams across the organization. “If we could capture the data on-site, and get it to the back office in a time-effective way, we could open the door to more accurate data, better analytics, and stronger job cost reporting,” adds Thomson.

And so, with Reggie strategizing the architecture, and Alec managing the business vision, Riskcast was born. They quickly met and eventually signed E-J Electric Installation, a 1200+ person electrical union contractor in New York City as a first customer where they gained valuable insights from company leadership at all levels. Two E-J project managers served as product leads and helped the team build key data collection tools that would eventually become the backbone of the growing program.

As the platform took shape, the Riskcast team continued to use their original digital time card application as a hub to expand the tools available for foremen and crew leads to manage needs from notes, to photos and T&M work tickets. They took issue with many “high-tech platforms ,” that require complicated onboarding processes, long-term expertise, and financial know-how to deploy and run efficiently - believing that simplicity is the key to success when working with onsite teams.

Thomson said, “We are focused on the full end-user experience, allowing users to do whatever they need in 'one place’ eliminating their need or want to find other tools.

Foreman and superintendents do a ton of things in their day. They don’t want to log in and out of 20 different apps.”

He continued, “Interestingly, while our platform is robust in every way, it is extremely easy to use. While we do offer inperson or virtual training, 80 percent of our customers have told us that the platform is so simple for their foreman to use, many wind up using it with minimal or no training.”

Today, Riskcast is live on over 1,800 projects, with nearly 40,000 active craft workers in the system, and has processed over 5 million payroll hours. It has gained a range of strategic partners and venture capital as the platform continues to accomplish the mission that Alec and Reggie set out with: to provide project teams with easy-to-use tools resulting in real-time data and the ability to track costs and trends, improve safety and compliance, and increase productivity and profit. It connects job sites with existing systems - saving project teams hours of manual entry, streamlining payroll, and providing valuable real-time job cost and forecasting for self-perform contractors. It’s also highly flexible, allowing customers to quickly configure to meet project variance - which has proved to be a critical benefit adding to the long term value of Riskcast, as many programs fail in this industry due to their inability to handle that 'one' variation. Often, when a system can't do 'everything' it is abandoned for the flexibility of pen and paper and excel.

As the platform has grown, so has its partnerships and integrations. It now connects seamlessly with traditional ERPs, such as Sage, Viewpoint, CMiC, eCMS, etc. Most of Riskcast’s current customers are made up of Trade Contractors and General Contractors with their own field crews—i.e., any company tracking their own labor, equipment, and production on-site. Within those groups, the company resonates most strongly with heavy civil, commercial, and industrial contractors who understand the value of connecting the field data with existing office systems such as payroll or accounting. As an example, W.E. O’Neil, a General Contractor based in Chicago, with a strong self-perform division is working with Riskcast to timely and accurately track production.

“Crew leads and jobsite teams see and understand the value we can bring to their projects. They appreciate that Riskcast meets them where they are, and makes their lives easier and their work more efficient,” says Thomson.

Given the growing traction, the team at Riskcast envisions taking things up a notch going forward. From a technology standpoint, they are currently adding tools to support daily work requirements such as JHA’s, etc. The company is also working on enhancing its enterprise readiness via SOCs compliance and ease of use for startup and configuration. They are doubling down on their efforts to make the platform more seamless to deploy and use, highly interoperable with other construction tech platforms, and become a single pane of glass to input, review, and analyze site data for everyone involved. “We’re building value for an industry that appreciates simplicity and straightforwardness. We know that reducing paperwork and streamlining data collection increases productivity and simply makes life easier for everyone across an organization,” concludes Thomson. 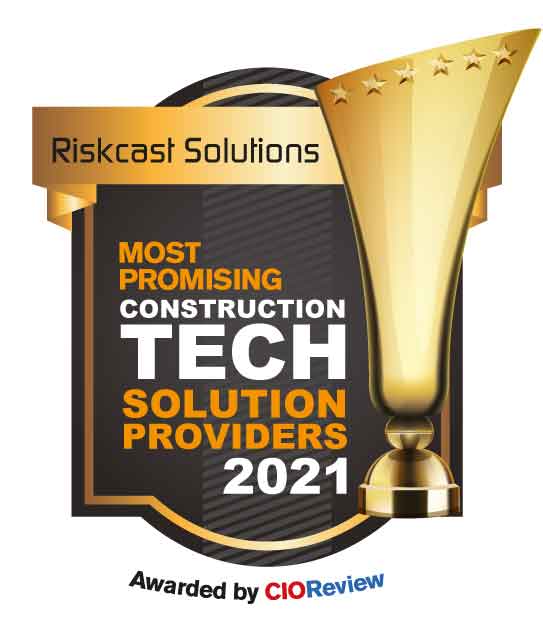 Description
Riskcast Solutions is software focused on productivity and forecasting for the construction industry. The platform provides a way for crews to capture labor, material, equipment, and more without exhaustive data entry processes and complex spreadsheets. It turns that information into real-time data analysis, empowering teams to elevate safety and productivity and identify wins and potential improvements on the spot 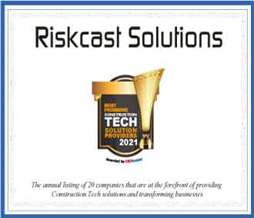 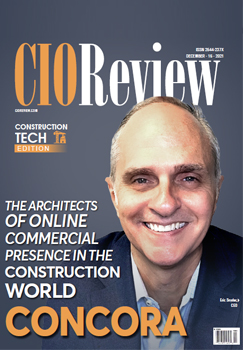